There are times when you have to go an extra mile to reach your goal, whatever that might be. There are people that you connect with in an instant and yet spend so little time together. When these two factors collide result is a powerful and warm, blissful and joyful and everything else pales in significance. Trick is to aligned your paths and follow the stars.

And last week sky above Slovenia was as blue as the Adriatic, stars were shining and I merely jumped on public transport and headed towards a small town equally close to Croatia and Italy in the south. For Mondo Generator was passing thru on their European Tour and that is something you don’t miss. I guess I was lucky because showcase festival I was attending in the capital Ljubljana has just finished, right on que. And what a glorious timing.

Mondo’s head honcho Nick Oliveri was brimming with pride and excitement for, ask any musician, recording is fun but playing live is up there with the Gods.

And Nick knows it, he’s been around. Back in the Kyuss days, and then with QOTSA, he’s been there, seen it, done it. And yet, playing live still has a powerful pull unlike anything else.

Mondo Generator has a new album, “Fuck it”, and a new label Heavy Psych Sounds so there’s a lot to look forward to. But let’s start from the beginning.

BLACKOUTT are local guys, stoner rock four-piece who more than adequately opened up the proceedings. Loud psych melodies, heavy thunderous riffs and a tight sounding band that delivers on many levels. They have two releases, and talking to Klem and Luka after the very impressive gig they confirmed they are ready and eager to spread their wings and play further out. I for one would definitely support that move, because these guys have something to offer. And the lack of vocals isn’t a big deal. Music they make is a full circle. This is a band you ought to check out. 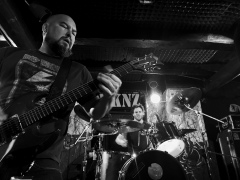 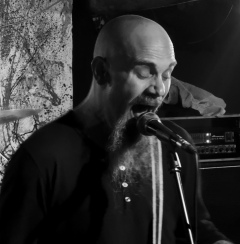 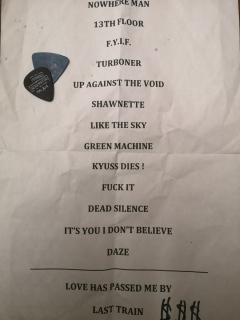 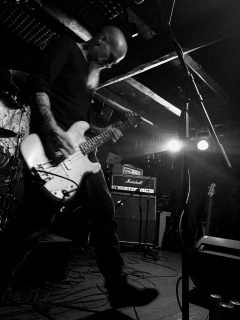 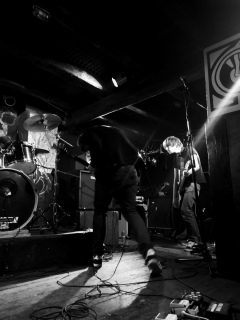 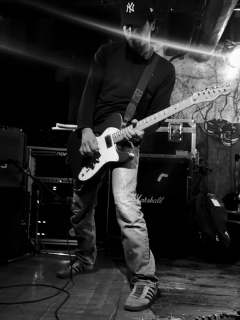 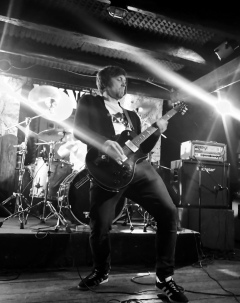 Crowd was now gagging for it. Anticipation has reached a boiling point and the fans have filled up every available space near the stage. Small club, big heart. Soon after Mondo Generator came on stage. “Fresh” from their 12 hour ride from Switzerland, Mike Amster, Mike Pygmie and Nick Oliveri walked on stage ready as if their life depended on it. There was no time for a sound check. What a hell, who needs a sound check nowadays, let’s just do it. And boy didn’t they just.

Show starts with “Nowhere Man” a brutal homage to the punk icon that was a Black Flag. And they kept coming. New album, then some golden oldies, Kyss “Green Machine” which is by now an anthem Mondo, QOTSA and John Garcia are synonymous for. And a crowd was taking it all. I’ve managed to film Green Machine, but after the opening riffs lost a footing, and for those who have met me that’s something that just doesn’t happen. Not to a guy my size. Just goes to show what a wonderfully crazy mosh pit we were all riding.

It has been a long 8 years since the last album Mondo did. This however is a much needed welcome back for a band that deserves to be seen out there. For the music that crosses borders in these strange times. And for a sea wolf that won’t stay down. Respect. And “Fuck it”.